Remember back in the day when you could spot an engineer (or science geek) from a block away because of the tell-tale calculator on their belt?  Or going a bit further back, how they wielded their slide rule?  Okay, so neither were cool (why is wearing an iphone on your hip nowadays cool but a calculator isn’t?), but they were objects of some pride to the engineers.  A symbol, if you like, of somebody embracing math, technology, and applied science.  And of course the more complex the instrument, and the better you knew  how to use it, was the basis of some sort of hierarchy in the ranks.  Or, at least, something that earned you respect from your peers.

As a student I couldn’t afford the pinnacle of calculators, the HP-15C.   Or any of the HP products which, at that time, were the best you could get.  I had to make do with a very capable, if a little quirky, Commodore scientific calculator and a backup K-mart special.  I cared not for the TI-55 with their sticky keys.  Since then I’ve collected calculators here and there based on design and features and at work I have about four or five hanging around; more at home taking up a drawer.  My goto ones are a new HP-35S (https://badengineering.org/2009/09/23/product-review-hp-35s/) and an old HP-11C I recently purchased on eBay for more cash than I’m willing to admit to you.  The 11C is still, as far as I’m concerned, the second best calculator ever made and now, thirty years later, it is still a joy to use. 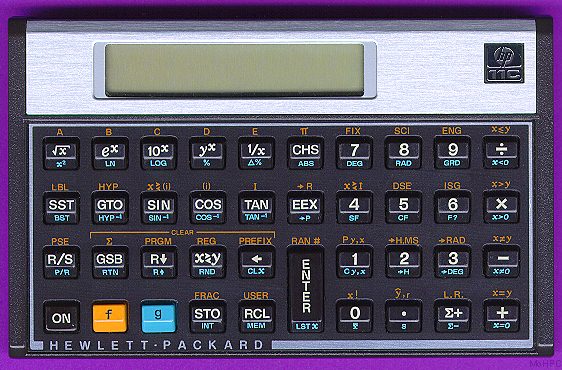 I guess I still think that these calculators are things of great usefulness and pride for an engineer.  And I guess that’s why it bugs me when I pass my coworker’s desks and see four-function calculators sitting there.  Have they no pride?  No sense of embarrassment that they are using a two-dollar POS that never could have gotten them through the first month in engineering school?  No desire to use or even play with the friend of the engineer?

When I asked one of them about it, he replied that he’s just a manager now, not an engineer (then what is he doing in an engineering position?).  Well, not for me.  My engineering blood still runs strong and I still carry my HP to meetings and proudly have them on my desk within easy reach.  It’s still a matter of pride to me (and usefulness) and I don’t foresee ever giving them up.

Anybody know of a belt holster for the 11C?

View all posts by badengineer